With 2019 coming to a close, I thought I would note my Credit card wish list for 2020 and it goes without saying, my wish list is based around reward credit cards.

A number of reward credit cards have passed away recently, for example the Lloyd’s Duo Avios Credit Cards which were Lloyds badged American Express and Mastercard cards which you received Avios miles for spend. The MBNA Virgin Atlantic Credit Cards also disappeared. This together with the EU’s cap on Intercharge fees did not paint a good picture for the future of reward credit cards in the UK.

However, there is light at the end of the tunnel in the form of the Virgin Atlantic Reward Credit Cards by Virgin Money, which replaced the MBNA issued cards, the Lufthansa Miles and More Mastercard and Diners Card combo and whist its not an airline rewards card, the co-branded Vitality American Express Credit Card. It is great to see new product coming online and shows that the rewards credit card market is not dead and may have a ‘rewarding’ future.

My Credit card wist list for 2020 are new or revamped product/s with:

As an example, in the USA, the Chase Sapphire Reserve Credit Card has a 50,000 sign up bonus after a $4,000 spend in the 1st three months, 3x points on travel, 3x points on dining in restaurants & 1x per $1 on all other spend, plus a box of additional benefits. All this for $450. Whilst I do not think we will reach this level of rewards (but who knows with Brexit around the corner), it would be great to get close to this. 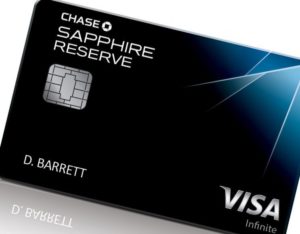 My most productive reward credit card is my Virgin Atlantic Reward+ Credit card with x1.5 on general spend and 3x on Virgin Atlantic spend. I also managed to get the higher 25,000 miles sign-up bonus. Good, but not a match when compared to US issued reward cards.

Both the Virgin Atlantic Reward+ and the British Airways American Express Premium Plus Credit cards are great products, additions such as a higher tier of the Flying or Executive club would make these truely excellent products for 2020 … Virgin Money and Amex take note.

All UK issued reward cards come with the steep 2.99% foreign transaction fee. I get around this using my Virgin Atlantic Reward+ card via my Curve card, but would still get hit with the fee’s if I use my Amex Platinum card overseas. Paying the 2.99% fee greatly dilutes the value of any rewards earned.

I think we will see some interesting changes in 2020 and I hope this will include some market changing cards with rewards inline or close to that of the USA.

There are 2 main issuers of airline credit cards in the UK. This are Virgin Atlantic Mastercard and British Airways American Express, with a free and a fee based version of both. Before choosing which […]

Any cookies that may not be particularly necessary for the website to function and is used specifically to collect user personal data via analytics, ads, other embedded contents are termed as non-necessary cookies. It is mandatory to procure user consent prior to running these cookies on your website.